At Autogem we have kept a watching brief on the more mature TPMS markets elsewhere. This has not only allowed us to provide the “Think TPMS Think Autogem” programme of today but also to ensure our customers are future proofed where possible for tomorrow’s technology.

This article is intended to explain the different technologies available and provide independent advice to those tyre installers considering different TPMS sensors for their business.

To understand programmable and universal sensors it’s important for us to remind ourselves of several basic principles. 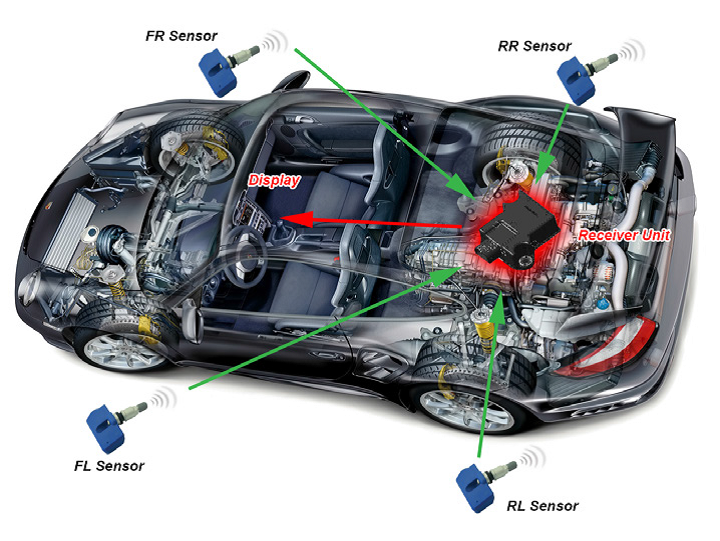 • TPMS sensors wirelessly transmit data from within each wheel to receiver unit(s), located within the chassis, which are connected to the ECU of the vehicle.

• Each TPMS sensor has its own unique identifying code (ID), which is also incorporated into the data that it transmits. The vehicle ECU is programmed to accept data only from the sensors with sensors/ID’s that it is paired with.

• If a sensor is replaced in any of the wheels, the vehicle ECU must have the unique ID code of the new sensor programmed to it. If this is not completed a TPMS light will remain illuminated because the vehicle would not be able to accept data from the new sensor.

• Certain vehicles can auto-learn the ID codes of new replacement sensors to their ECU’s, others must be electronically programmed with a compatible diagnostic tool which is commonly referred to as an OBD reset. The ‘drive around’ or ‘active’ type of auto-learn can sometimes be problematic as these require the vehicle to be driven following a specific set of conditions, usually above a minimum speed, but below a maximum speed and in some cases for as long as 20 minutes – which in some areas is simply impossible to complete.

• Even now, a large number of sensor replacements are due to broken or corroded valve stems. The vast majority of these sensors are still able to transmit their ID codes and pressure data.

Here a single sensor in conjunction with a compatible electronic tool can be programmed to speak many different protocols. These can also be programmed to replicate the existing ID code of the sensor being replaced, negating the need for any form of ECU reset.

The advantage of this type of universal sensor is the minimal stock holding required to have a wide on the shelf availability of sensors for different vehicles as they come in. As data is not stored within the initial ‘blank’ sensor a simple update of the electronic tool allows instantly improved coverage for this style of sensor. 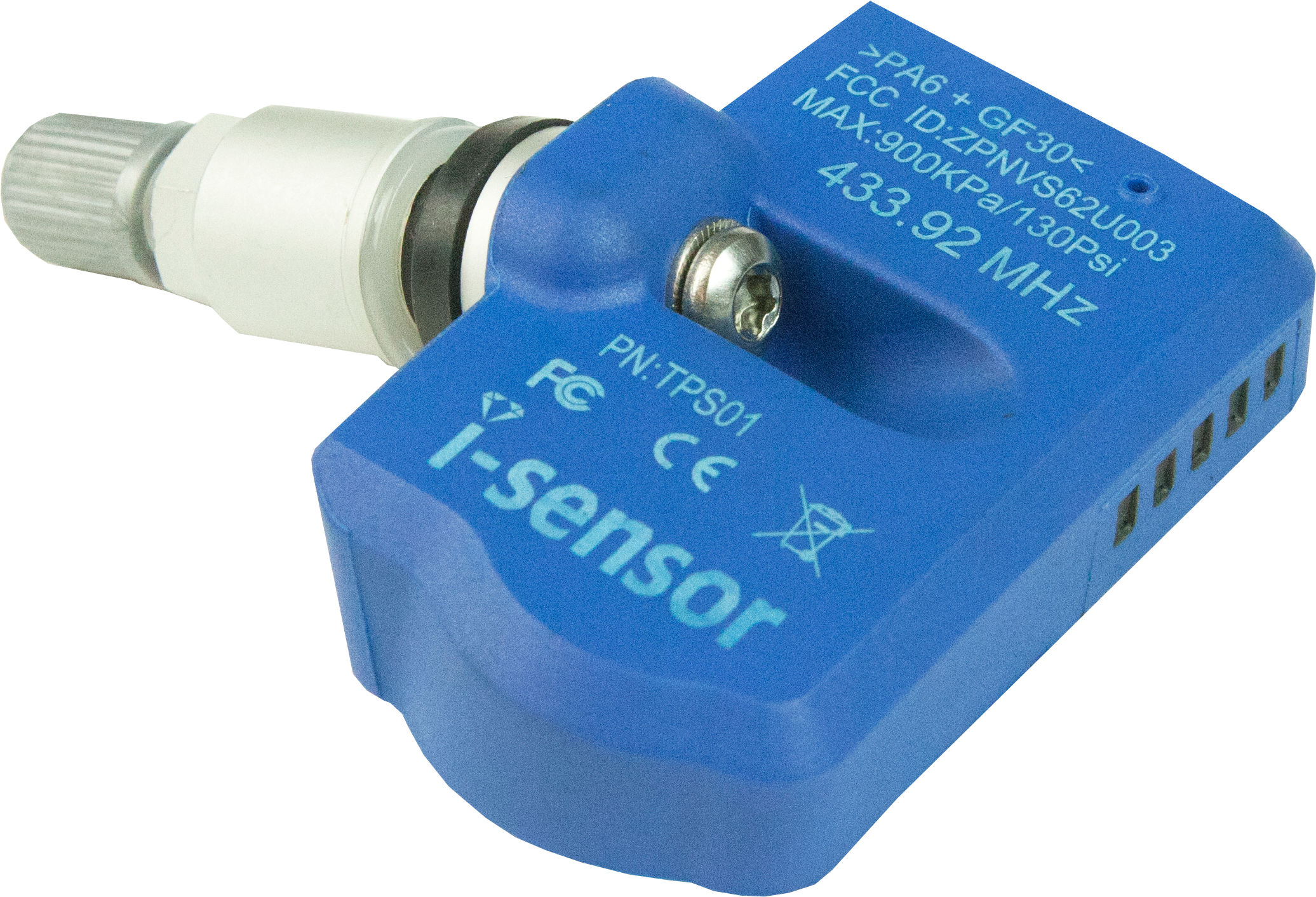 These sensors come with multiple protocols stored inside them. Often an electronic tool is required to awaken or activate the protocol that is required to communicate with the vehicle that the sensor is being fitted to or in some cases ALL of the protocols may be transmitting at the same time. Often multiple sensors are required to give good range coverage.

Some multi sensors may be referred to as ‘fit and drive’ sensors, in case the vehicle can auto-learn new ID codes, these sensors can simply be installed in the wheels and then the vehicle is driven to complete the ECU programming process.

Where a programming tool is used you may be able to programme the sensor to have the same ID code as the sensor that was removed, circumventing the potential need for any type of ECU reset. Sometimes these sensors are referred to as configurable sensors as you require an electronic tool to select the correct MMY protocol to awaken it.

These sensors combine the features of a pre programmed sensor with some extra memory available to program new protocols into the sensor itself – like a programmable blank sensor. This way, assuming they have sufficient memory and the programming tool is up to date with the relevant coverage, they can work around their limitation in that new protocols can be added to the sensor post manufacture. The sensors may or may not be reprogrammable in case of user error.

Like pre-programmed multi-application sensors you can expect to see multiple versions of these sensors as they are produced with different base coverage levels installed into each release.

These sensors replicate OE sensors and have their own pre-set unique ID. The concept behind these is that in theory they work like an original equipment sensor but at a discounted price. In effect they have to be treated just like the comparable OE sensor, so if the vehicle cannot auto-learn new sensors, it will require an OBD reset using a compatible diagnostic tool. These are often referred to as 1:1 sensors since they are 1 to 1 replacements for the OE product.

As a collective these sensors can often be called ‘multi-sensors’ and dependent on the memory inside the sensor they can store varying numbers of protocols, ie you may need a varying number of sensor replacement bodies to cover the whole vehicle parc.

Differentiating between blank programmable sensors – What should you be looking for?

Cloning the sensor ID code means that you do not have to do any form of reset procedure. In effect you are programming the sensor & not the vehicle ECU, which ultimately saves considerable time and also removes the requirement to have to invest in more expensive diagnostic equipment.

What percentage of the vehicle parc can the sensor currently work with and how proactive are the developers in keeping up with new protocol releases?

How much does a replacement sensor cost and does the sensor come complete with the valve stem? If not, what is the total cost including the valve.

How many do you require to achieve maximum vehicle parc coverage. Consider stocking, application complexity and costs factors.

Pre-programmed sensors have certain protocols stored within them at purchase and because these sensors are pre-programmed they will not immediately have any new protocols available to them. In future this type of sensor will either require an additional number of sensors or newer, more comprehensive generations of sensor to improve coverage. This may mean having stock of multiple sensors or possibly having older generations of sensors that cover a smaller percentage of the vehicle parc.

Blank sensors are often seen as being more future-proof as the required protocols are transferred to them from a tool which is carrying the database, which can be easily updated – the same blank sensor can be used with a newer, more comprehensive tool software.

From a technicians perspective it is actually massively important that the process of working with or creating their own sensors is a simple and efficient as possible. If the processes are complicated or slow the technicians may lose enthusiasm for the job in hand and revert to a simpler process.

Can sensors be cloned away from a computer or a network? Some systems require a computer to programme the sensor which takes away the ability to clone in the workshop or out in the field with a mobile fitting operation.

Simply how much does the equipment cost and does the provider charge for future updates if required? 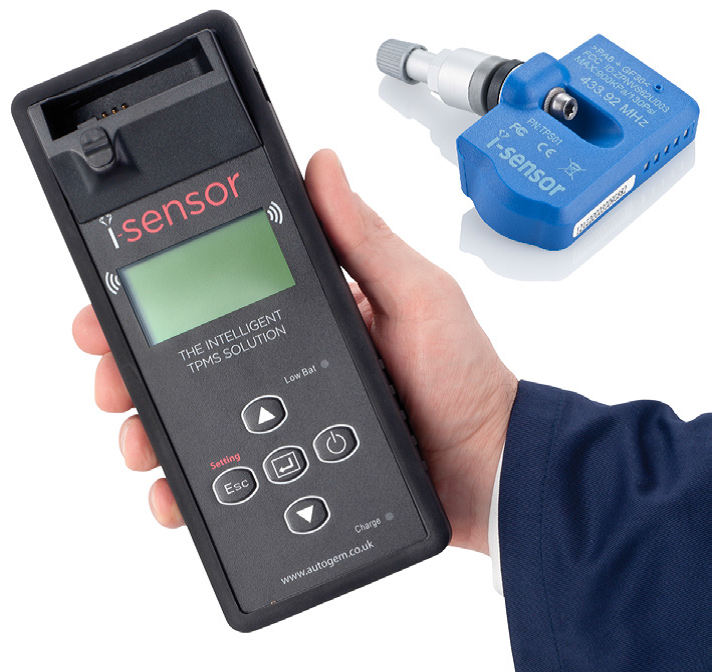 It is important the sensor can deal with the latest Wireless Auto Locate systems that are appearing on the market. Without this the ability to fit a sensor and allow the vehicle to auto-learn it may be compromised. However, if the sensor can accommodate such additional technology and can clone ID codes effectively, the WAL consideration is not relevant.

For maximum coverage of different styles of wheels some sensors come with a multi-angle, adjustable valve stem. Fixed angle stems may make them difficult to fit to certain wheels.

Is the sensor fitted with a quality internal battery and what is its expected battery life? Also is the sensor supplied in a ‘switched off’ state where it is not already using battery power?

Sensors that need wireless programming / activation will already be ‘switched on’ as they are on stand-by awaiting a signal to be sent to it for activation or to delete the unneeded protocols that may be in it – depleting their batteries whilst not even in use.

To save battery, some OE sensors are initially set to “Shipping Mode” – It is important that your TPMS equipment is capable of disabling this before the sensor will properly communicate with the vehicle.

As you can see, there are multiple solutions available for all the three types of universal sensor. At Autogem we are regularly offered different solutions from different sensor and equipment manufacturers. We take the time to assess the different products for their efficiency and effectiveness and this allows us to offer the correct products according to our customer requirements.

To this effect we have created a scoring system for the various different technologies we have been advised of, helping retailers understand the systems that they are being offered.

Please do speak to our experts for advice on any programmable solution you are considering.

TPMS is not simply a part number that is ordered and forgotten, we see it as a programme that requires a complete package of support services around it to ensure tyre retailers have the confidence to deal with whatever sensor related problems may be presented to them in their fitting bays and forecourts.

With more suppliers and systems entering the market, we have put together a check-list of key things you should be looking out for from your TPMS programme provider.

• What systems do they provide & how do these systems score in terms of functionality, cost, effectiveness & stock inventory etc.?

• Does the supplier offer a complete product portfolio?

• What level of technical support can be provided?

• What training can be provided and via what medium?

• What experience does the supplier have with the category?

• Does the supplier have access to / have knowledge of new technologies? 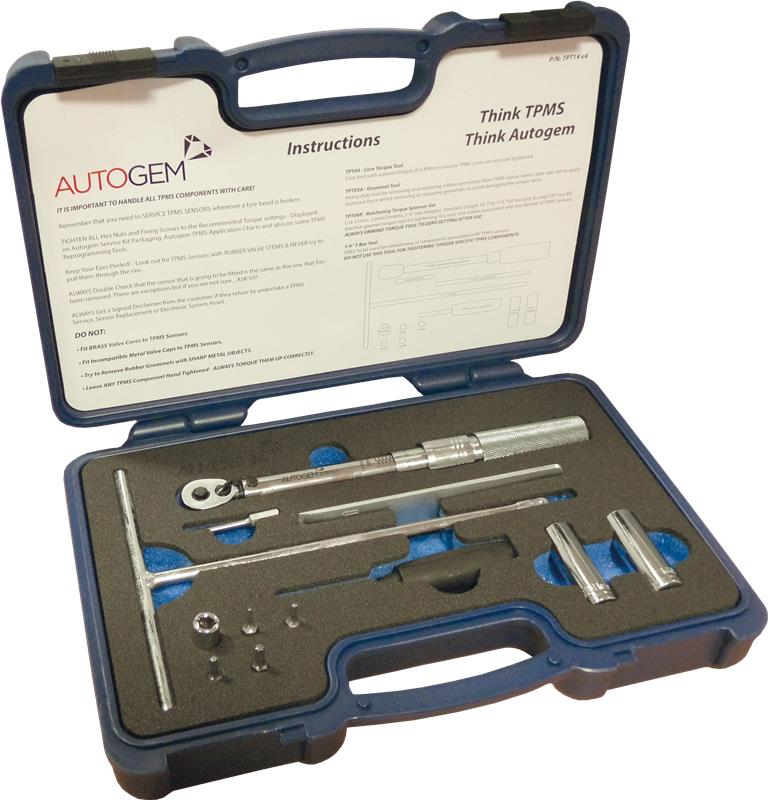 Click here to arrange an online consultation with one of our TPMS experts or simply call 0208 838 0910 selecting option 1 for sales.