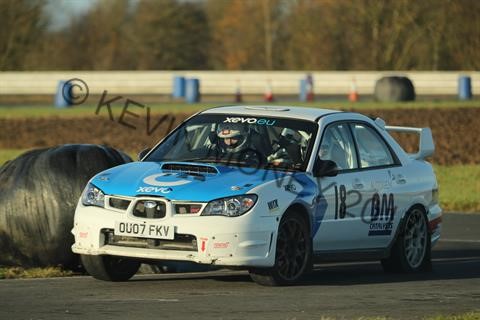 55 competitors entered the ANEMMC in 2017 where the best scoring 7 rounds counted towards the championship. I am pleased to announce that after completing 7 rounds we finished 3rd overall and the highest class 5 finisher. The last round of the championship was held at Blyton Park and ran into darkness for the first and only time this season. We entered the event lying 4th overall in the championship knowing that if we managed to complete all 10 stages strongly we could elevate our position to 3rd overall. After an icy cautious start we made our way through the day and into the night stages where we needed to mount the light bars for the first time to the bonnet. Some competitors struggled in the darkness but we seemed to be able to capitalise in these conditions passing 2 cars in stage and finishing 14th overall from 77 entries.

This last round at Blyton was also part of the EMAMC championship where 54 competitors competed for the seasons awards. Scoring on all 7 events entered during 2017 ended with a great end of year result finishing 2nd overall.

We started the year in a GC8 Subaru Impreza but for the last 2 rounds we decided to invest in a newer N12B Subaru Impreza. This is the car we will be competing with in 2018 where we look forward to Autogem’s continued support. 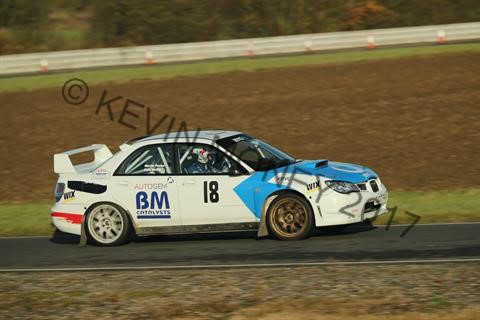 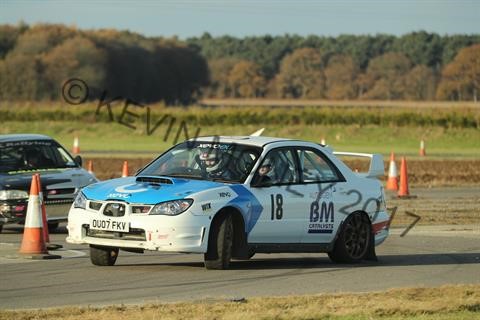 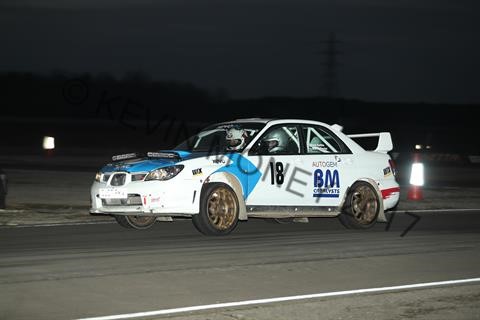